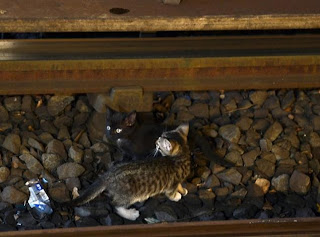 Somehow these adorable kitties got lost in the New York subway. After being spotted in the subway system the only right thing to do was to to shut down about six miles of track on two subway lines in Brooklyn for some time to rescue them. Although mayoral candidate Joe Lhota said he would have sacrificed the cats for subway efficiency, which is pretty heartless. 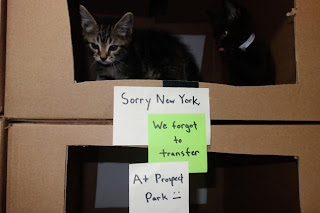 The adorable kittens, who were christened Arthur and August, were taken to the Brooklyn Animal Care & Control Center on Linden Avenue. Now they have been adopted by Stephen Liu. The adventures of the subway kittens can be followed on their own website
Full story:
New York kittens
Happy ending subway kittens

Posted by Adventures of an introvert at 3:50 AM

My book is now available!